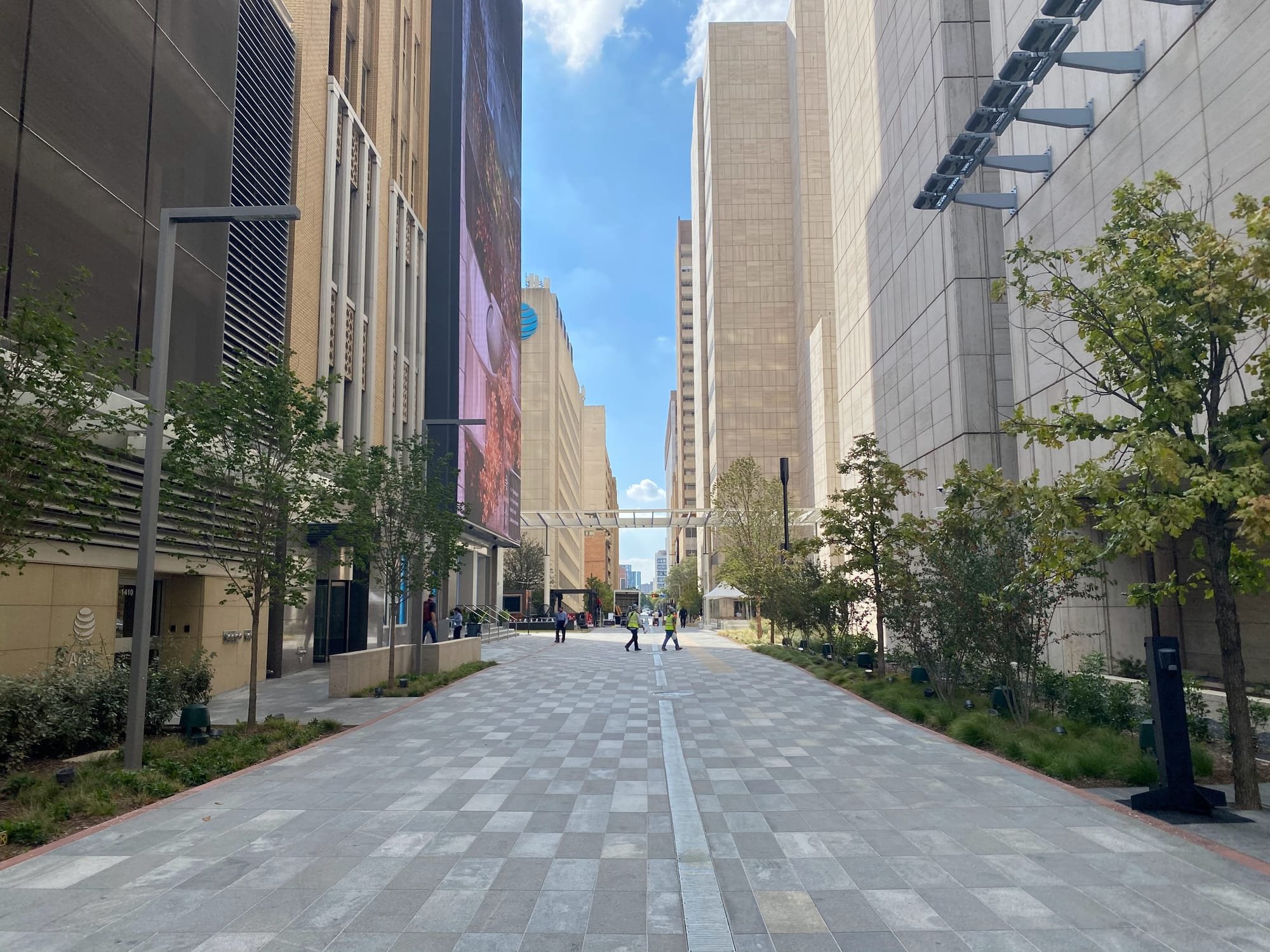 Downtown Dallas is the central business district (CBD) of Dallas, Texas, United States, located in the geographic center of the city. It is the second-largest business district in the state of Texas. The area termed "Downtown" has traditionally been defined as bounded by the downtown freeway loop, bounded on the east by I-345 (although known and signed as the northern terminus of I-45 and the southern terminus of US 75 (Central Expressway), on the west by I-35E, on the south by I-30, and on the north by Woodall Rodgers Freeway.The strong organic growth of Downtown Dallas since the early 2000s and continuing into the present has now resulted in Downtown Dallas, Inc.'s expansion of the term "Downtown" to include the explosive growth occurring immediately north of the Woodall Rodgers Freeway in the Victory Park and Uptown/Turtle Creek Districts, as well as past Central Expressway to the east in the Deep Ellum and Bryan Place Districts, past Interstate 30 to the south with the Cedars District, and jumping over Interstate 35E to the west to include the Design District and Lower Oak Lawn. In total, 15 districts now form "Downtown". Downtown Dallas is now viewed as an interconnected grouping of dense and urban center city districts, that while unique in their own right, also share strong urban linkages to each other and collectively participate in their role as Downtown Dallas.